From July-August I was an Artist in Residence at North Street Collective in Willits, CA!
I'm extremely grateful and happy for this time to focus on my work and ideas.
For work in progress: @christinecarrstudio 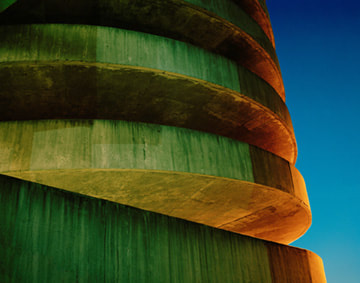 Five images from my Monolith project will be included in State of the Art 2018:
Photography Invitational at Giertz Gallery at Parkland College in Champaign, Illinois.
This exhibition is being guest curated by Christopher Schneberger and will be on exhibit at the Giertz Gallery from Monday, November 2, 2018 through Saturday, February 2, 2019.

I participated in an artist residency at ﻿Jentel﻿ in Wyoming where I photographed and edited my In the Air project. It was a wonderful experience and I thank everyone involved!
2017 Exhibitions:

2016 Exhibitions: ​
Received a Center for Excellence in the Arts and Humanities Grant to
​pursue a new photography project!

One of my images from the Vapor series was selected for the 2015 Joyce Elaine Grant Photography Exhibit, juried by April Watson, Curator of Photography at the Nelson-Atkins Museum of Art. Thank you!

A big thank you to ﻿﻿Margaret﻿﻿ Adams for curating my work into an exhibition on fototazo!

Wanderlust was selected for Bits, Pixels and Practice - Oh My! A New Media Juried Show
by Jordan Weber of Fluxx Collective and was projected in the front window during the opening. 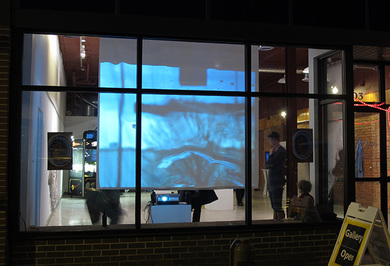 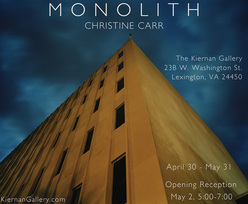 My Monolith project will be exhibited at the Kiernan Gallery in May!! 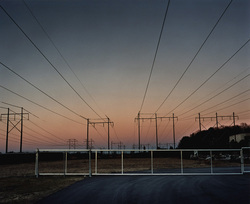 A big thank you to Freddy Martinez for including me on his PhotoWhoa blog and for his incredibly thoughtful questions. 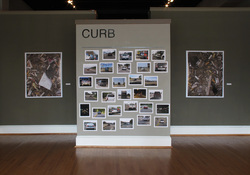 This year for the Marginal Arts Festival in Roanoke, Virginia, I created a project about cigarette debris called CURB.

Wanderlust was included in the Time Together show at the Brown Center in Baltimore, Maryland during the Society for Photographic Education Conference. 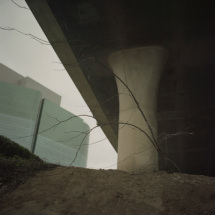 Thirteen images from the Nothing But project were included in the Home Sweet Home exhibition at the Eleanor D. Wilson Museum.

The full length version of Wanderlust was screened in a programming event during the Home Sweet Home exhibition at the Eleanor D. Wilson Museum.

Delighted to be invited to be part of Photo Eye's Art Photo Index!! 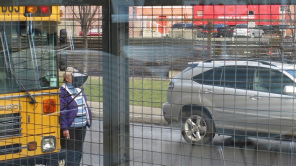 My Wanderlust video will be screened with Roelof Bakker's London version of Wanderlust at the Meantime Project Space in Cheltenham, England!
October 17, 2013 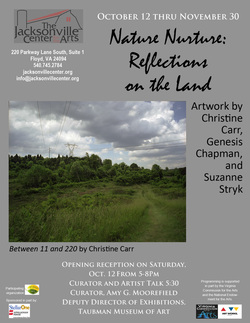 Delighted to be a part of this exhibition at the Jacksonville Center for the Arts in Floyd, Virginia!
October 12-November 30, 2013 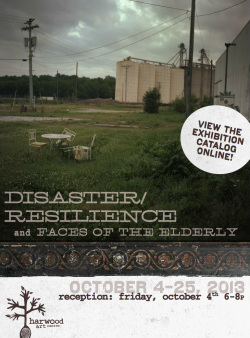 I'm honored to be included in this exhibition at the Harwood Art Center in Albuquerque, New Mexico.
October 4-26, 2013 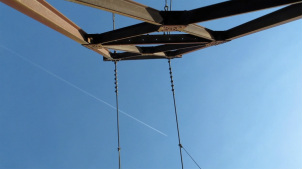 Jason Eppink, the Associate Curator of Digital Media at the Museum of the Moving Image in New York juried my short version of the Wanderlust film into the Washington Project for the Arts Experimental Media Video Screening Series. It was a pleasure to meet Jason and the attending artists at the screening!
September 23, 2013 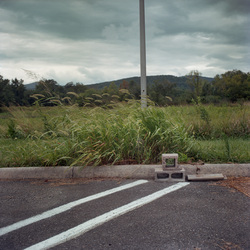 This image from my Nothing But series was included in the Online Gallery Annex for the City Streets/Country Roads exhibition juried by Rebecca Norris Webb and Alex Webb.
PhotoPlace Gallery, Middlebury, Vermont 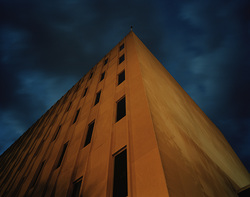 This image was one of two included in the On-Line Annex Exhibition called Field Notes: Landscape and Architecture.
Black Box Gallery, Portland, Oregon 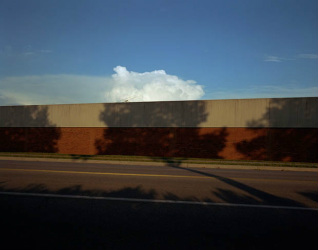 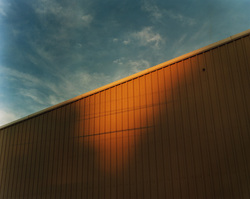 On Friday, September 28, one of my images was featured on Flak Photo as part of its ongoing Collection series. 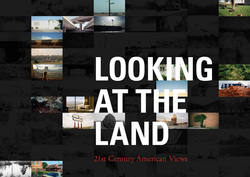 I am honored and very excited to be included in the Flak Photo project Looking at the Land - 21st Century Views, a collaboration with the Museum of Art, Rhode Island School of Design.

The Looking at the Land exhibition was featured on the TIME LightBox blog,
and included my image in the article.

The PHOTO/arts Magazine, PetaPixel and ALTFoto blogs included my image as part of their articles about the Looking at the Land exhibition. 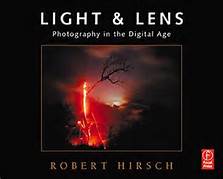 I am absolutely delighted that one of my images was included in the most recent edition of Light and Lens by Robert Hirsch!! If you find yourself flipping through the book, please stop by page 145 for a visit.

One of my Monolith images was exhibited at The Kiernan Gallery in Lexington, Virginia as part of the Between Dusk and Dawn exhibit that ran from May 8-June 2.

Two of my images from the Nothing But series were accepted into Focal Point at the Maryland Federation of Art in Annapolis, Maryland. The exhibition ran from May 25-June 17.

I'm thrilled to be accepted into a residency at the
Prairie Center of the Arts in Peoria, Illinois! 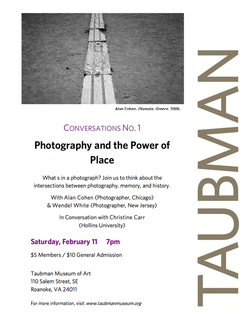 I was invited to be the moderator for the Saturday, February 11 Conversations series at the Taubman Museum of Art, featuring Alan Cohen and Wendel White.

I am shooting video every day for the Southwest Virginia counterpart to Roelof Bakker's Wanderlust, created in London during 2011. 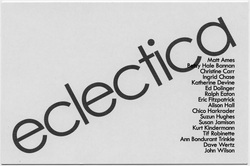 A couple of my images from the Nothing But series are included in the
Eclectica exhibit at the Walker Fine Art Gallery in Martinsville, VA from January 17-February 23. 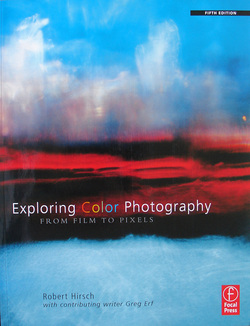 One of my images was included in Exploring Color Photography:
From Film to Pixels, 5th edition, by Robert Hirsch!! 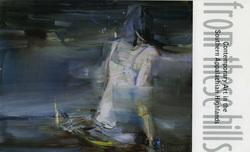 Was accepted into the From These Hills Biennial Exhibition at the
William King Museum in Abingdon, VA.

Gave a lecture with Amy Moorefield at Piedmont Arts in Martinsville, VA for The Fleeting Glimpse exhibition. 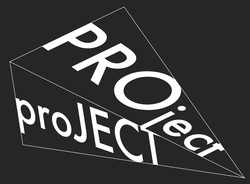 Co-organized PROject proJECT, a one night outdoor event of light and projection based art in Roanoke, VA. It included over 20 artists and attracted over 500 visitors. 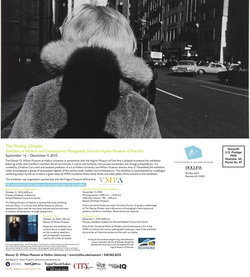 Co-curator with Amy Moorefield, Director of the Eleanor D. Wilson Museum at Hollins University, of The Fleeting Glimpse: Selections in Modern and Contemporary Photography from the Virginia Museum of Fine Arts.


The show began at the Wilson Museum at Hollins and is being exhibited at the Virginia Museum of Fine Arts in Richmond, Virginia. The dates there are January 15, 2011-April 03, 2011. 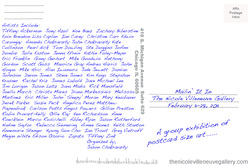 Three small versions of images from my Monolith project were included in the show Mailin' It In, curated by Jason Chakravarty and exhibited at The Nicole Villeneuve Gallery in Chicago from February 11-28, 2011. 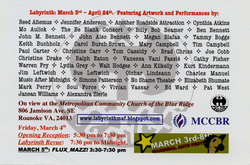 My Gas Station Chronicles project for the Marginal Arts Festival opened in Roanoke, VA
at the beginning of March, 2011.

﻿﻿The word on the street is that some of the images I sold last December will be hanging at The Lombardy hotel in NYC, so if you have a chance to see how they look, let me know!﻿﻿
Awarded an honorable mention in the Black and White show at the Mpls Photo Center in Minneapolis, Minnesota, juror George Slade.

Invited to exhibit in Shoot'n Southern: Women Photographers Past and Present at the Mobile Museum of Art in Mobile, Alabama.

Invited to exhibit in a show called Abstract By Design at the Jennifer Schwartz Gallery in Atlanta, Georgia.

Had a solo exhibition of the Portal project at the O. Winston Link Museum in Roanoke, Virginia.

Was awarded a Grants for Artists Program Award from The Arts Council of the Blue Ridge. Thank you!!

Last, but not least, I was awarded a two week residency at the Kimmel Harding Nelson Center for the Arts in Nebraska City, Nebraska. It was a wonderful experience and I thank everyone involved.